A call worth missing

In crime thriller The Call, Halle Berry plays a 911 emergency call operator. The film follows cliché after cliché in detailing Jordan’s struggle to save a kidnapped girl from a psychotic killer, resulting in a laughable, unrealistic and highly missable movie. 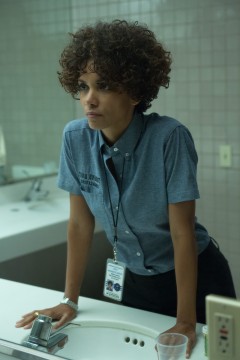 The Call introduces us to Jordan Turner (Halle Berry), a 911 operator who is having a normal day at work answering emergency calls. Everything changes when Jordan answers a call from Leah (Evie Thompson), a girl who is hiding from a prowler in her home. In an unbelievable act of stupidity, when Leah’s phone accidentally disconnects, Jordan calls her back; thus giving away her hiding place which subsequently leads to her death. Due to the fact that within 5 minutes of the film Jordan’s idiocy has already resulted in a girl’s murder, audiences would be forgiven in thinking that the character should be fired or at least penalised in some way. Alternatively, the emergency services could just ignore this hiccup, and audiences are ensured by both Jordan’s police officer boyfriend and her boss that she is the best 911 operator in the world and that “the place couldn’t run without her”.

The story then skips six months in the future, and Jordan has quit her job as a 911 operator and now acts as some sort of mentor/tour guide for the emergency services. Whilst Jordan is giving a tour, one 911 operator takes a call from Casey (a grown-up Abigail Breslin) a teenage girl who has been kidnapped from a shopping mall. This city’s emergency services must employ nobody capable of doing a decent job: this operator is so flummoxed by a lack of GPS on Casey’s phone that she turns to Jordan – the woman with a less than impressive track record of saving the lives teenage girls – for help. It is now up to Jordan to find Casey and save her life. The Call has a highly unoriginal plot, and recently there has been a huge influx of thrillers that revolve around the kidnapping of young American girls. However, it is quite unusual to have a female 911 operator as the hero in this genre of film, and it does make a refreshing change from the psychologically flawed detectives or the vengeful, ex-hardman dads who usually occupy the hero roles. 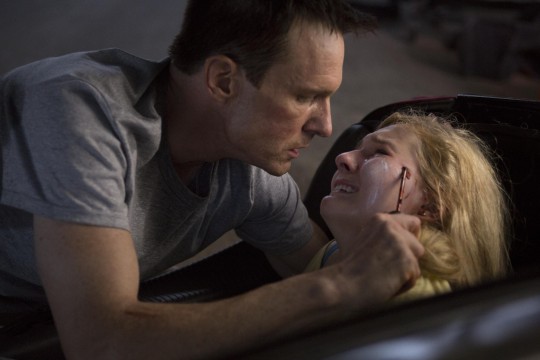 Although The Call does not have a great plot, the production of the film spoils what could possibly have been a good film. More of a focus on villain Michael Foster (Michael Eklund) would have been interesting – as he is clearly inspired by thrillers such as Psycho and The Silence of the Lambs – and Eklund does a good job of portraying a creepy, disturbed man. Nevertheless, the character of Foster seemed somewhat neglected, and his actions didn’t really match the script. He is described by the police as being very clever, some sort of master villain, yet; he leaves fingerprints behind, leaves tools in the trunk of his car with his victims, sets fire to people in very public places, and the police were on his trail almost the entire time. The film is so full of similar inconsistencies and plot holes that it becomes almost as distracting as Halle Berry’s strange hairstyle. Character actions seem illogical and stupid throughout the entire film; particularly the actions of Jordan. For example, in order to gain information on the case of Leah’s murder, the emergency services worker with a boyfriend in the police force decides to browse on internet newspaper articles to gather her evidence. In another instance, a man who notices Foster being suspicious strangely decides to follow Foster in order to tell him he looks suspicious, rather than phoning the police. Mistakes and plot holes such as these just clog the film, and there are so many hilarious goofs that it is impossible to list them all here. Perhaps the biggest mistake of the whole film, however, is the use of a ‘twist’ ending. Coming completely out of nowhere ­– but not in a good way – the ending did not fit the rest of the film and required completely changing the personalities of the characters in order to clumsily make a surprise ending. 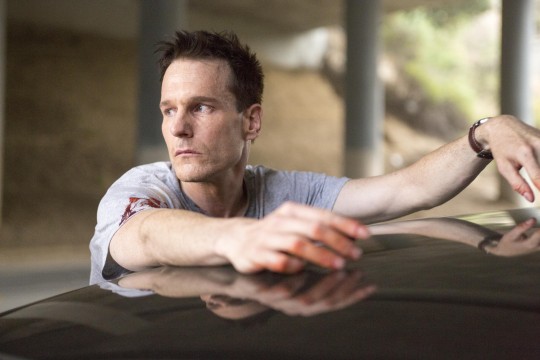 The Call, whilst being fairly entertaining, is simply not a good film. Cliché’s are aplenty, especially those of the mobile phone variety; there are so many broken phones, low batteries and dreaded ‘no signal’ messages that it’s surprising any character actually managed to make phone call within the film. Clichés can also be spotted within the terribly wooden, unrealistic dialogue. The mall scenes with Casey and her friend were clearly written by someone who has never met a teenage girl, almost all of Halle Berry’s lines were horrible, and even the villain had his own snappy catchphrase. The actors did well with a bad script, however big names such as Halle Berry and Abigail Breslin were wasted on this project, and were cast in very limiting roles in which neither actress could showcase their talent.

SUMMARY: Poor throughout with a silly ending, this is a film filled with more plot holes than actual plot. Then again, I suppose you can’t expect too much from a film produced by WWE Studios.